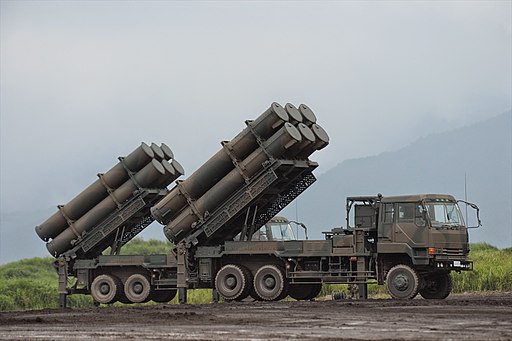 A hearty Huzzah! goes out to the Japan Ground Self-Defense Force for considering deploying truck-launched anti-ship missiles abreast of the narrow passages piercing the first island chain (click here), in particular Miyako Strait south of Okinawa. GSDF commanders have evidently been mulling such a course of action for years now.

Best I know, Toshi Yoshihara and I were the first to advocate an island-chain defense strategy in print, in the Naval Institute Proceedings back in 2012 (click here). Toshi and I urged the U.S. Army to wage “Asymmetric Warfare, American Style” in unison with our Asian allies. I returned to the topic in a solo effort in 2014 (click here), also in Proceedings, imploring the allies to “Defend the First Island Chain” and considering how to do so.

In that one I reviewed how armies have guarded walls and other defense perimeters in the past, and what guardians of a maritime defense perimeter might learn from their efforts. The Great Wall puts in an appearance, as does Hadrian’s Wall. So does a modern defense frontier, the French Army’s Morice Line in Algeria. The Morice Line was arguably the most successful defense line in history (click here). FLN militants broke an army against it.

A nautical Morice Line is something to strive toward.

In the interim we’ve been joined by the likes of Andrew Krepinevich in pushing the concept. That’s good company to keep. Andy expands the concept from the Ryukyus to encompass the entire first island chain, and styles it “archipelagic defense” (click here). The concept has found favor for good reason. Deployments on and around the islands broadcast a message to China: that two can play the anti-access game. If China’s People’s Liberation Army Navy wants to deter, encumber, or defeat American forces trying to enter or operate in the Western Pacific, occupants of the first island chain can replicate that strategy in miniature, and they can do so at modest cost to themselves.

And with better prospects of success than the PLA enjoys. Look at the nautical chart. To menace U.S. naval forces surging westward from North America or Hawaii, PLA weaponeers must monitor a vast volume of water and airspace, detect approaching foes, compute a firing solution, and put rounds on target with precision across vast distances. That constitutes a challenge of mammoth proportions. All American allies need to do is block a few straits that Chinese merchantmen, warships, and aircraft must transit to exit the China seas for commercial or military purposes.

The allies can turn terrain to advantage as they fashion anti-access forces. They hold what amount to fixed guard towers in a defense perimeter that meanders southward from Japan through Taiwan through the Philippine Islands and on to Indonesia. All they need to do is firm up the segments between the sentinel towers, a.k.a. islands, using manned or unmanned ships and submarines, aircraft ranging along the island chain, and, yes, missile-armed ground troops emplaced on the islands.

Being penned up within the island chain has been Chinese Communist Party leaders’ nightmare since the 1950s, when containment first became a thing. Let’s make their nightmare come true–and restore deterrence to the region.