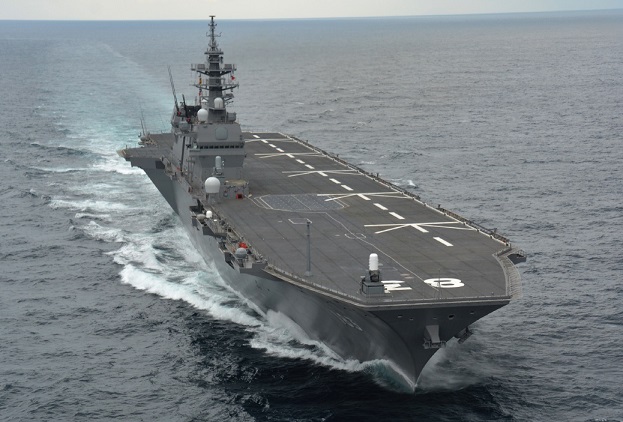 Over at The WarZone, an outlet you should visit regularly, Tyler Rogoway reports (click here) that Japanese officials now admit the Japan Maritime Self-Defense Force’s Izumo-class “helicopter destroyers” were designed so they could be converted to operate fixed-wing aircraft should political leaders ever give the word. Tyler takes a victory lap for foreseeing such a conversion.

I guess I can as well after holding forth on the topic at Foreign Policy (click here) some years back. Yes, DDHs are light aircraft carriers despite their branding as destroyers.

But puffery isn’t the important thing, fun though it is on occasion. A hardware point and a political point. The hardware point is that providing policymakers options is what military folk do. The JMSDF leadership would have been remiss not to have shipwrights construct helicopter carriers that could be repurposed for F-35B jump jets at some future date. Why be inflexible in naval architecture?

The political point is that Tokyo dissembled about Izumo’s design when the vessel entered service, and everyone knew the leadership was dissembling. That unforced error handed China’s leadership a talking point about Japanese duplicity and latent aggression, and thus reinforced its diplomatic narrative.

Candor is a virtue even with—especially with—prospective foes. When Teddy Roosevelt advised statesmen to speak softly, he meant for them to refrain from bluster. He wasn’t counseling them to obfuscate or deceive.