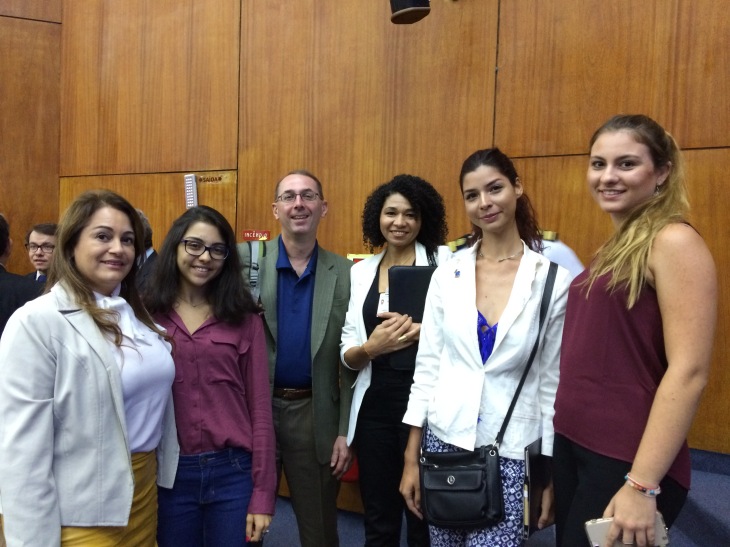 Apologies for going quiet again. To add to recent tumults, the winter term has segued into the spring term in Newport, and I somehow squeezed in a week of lectures and a symposium on “Maritime Power in the XXI Century” at the Escola de Guerra Naval, the Brazilian Naval War College, hard by the renowned Sugarloaf Mountain in Rio de Janeiro. The events convened in conjunction with “Velas LatinAmerica 2018,” Brazil’s answer to the international fleet reviews held from time to time by major seafaring nations. A squadron of Latin American tall ships berthed near the fleet base for the occasion.

The journey marked just my second foray south of the equator and my first to South America. Venturing into a new frontier seldom disappoints—and certainly didn’t this time. The Marinha do Brasil, or Brazilian Navy, is a marvelous host. These naval diplomats take pride in their country and their service, and they know how to showcase Brazil for foreigners—amassing diplomatic goodwill in the bargain.

Contrast that with heavy-handed Chinese diplomacy. Soft power isn’t that soft for China. It’s gotten increasingly pushy, and transparently self-serving. In large measure Beijing strives to overawe others with China’s awesomeness, or coopt them through economic inducements. But for an easygoing nation like Brazil, soft power is about showing visitors the country and letting them draw their own conclusions without the hard sell. You don’t need to lay the salesmanship on too thick when you’re confident in the product you’re selling.

To borrow an old metaphor from my friend Toshi Yoshihara, China dabs on perfume to augment its soft power. A Brazil—or for that matter a Taiwan, to name another country that does soft power right—exudes pheromones! Perfume is often cloying. It wears off and has to be reapplied—potentially at great expense and effort to the wearer. Pheromones come natural.

Give me the Brazilian paradigm for soft power over China’s any day.