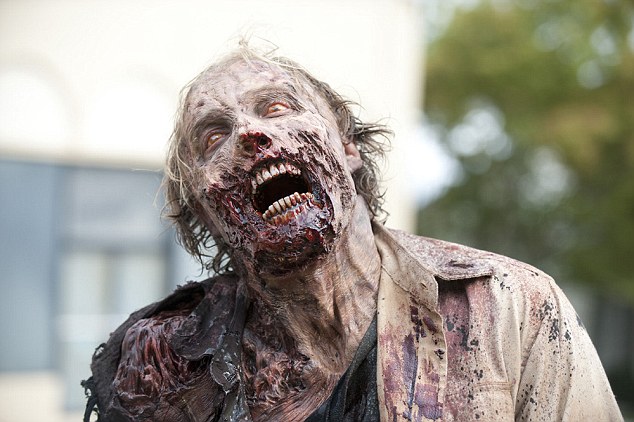 Last Tuesday evening some 125 Naval War College spouses descended on Spruance Auditorium to hear yours truly hold forth on “Maritime Strategy and Zombies” — a zombie being some fallacy about sea power that you gun down with a shot to the head, only to see ten more just like it come back at you. Such deathless fallacies include the ideas that the nation that spends the most on its navy wins, that the U.S. Navy is smaller than it has been since 1917 or so large it’s unbeatable, and on and on.

Each of these ideas contains part of the truth—budgets, tonnage, and numbers of hulls do matter—but commentators tend to draw sweeping conclusions from the fact that America outspends its competitors and constructs larger warships. That the U.S. Navy has to steam across thousands of miles of empty ocean just to get into the combat theater translates into advantage for a China or Russia—even if their navies remain weaker than ours on the whole. This is lost on many commentators, even the greats in the field.

Here’s the reality: if we get in a Western Pacific scrap with China, a fraction of our navy will face off against the whole of China’s navy backed by China’s air force and strategic rocket force. As a military we’re far away and spread out across the globe while our potential foes bestride home ground and can concentrate all their military might on potential battlegrounds. Who wins in those circumstances? The outcome is anything but foreordained. To think otherwise amounts to hubris.

To all appearances the attendees grasped this intuitively.

During the Q&A, in fact, the question came up whether the United States would come to Taiwan’s rescue during a cross-strait conflagration. Whereupon we went all Clausewitz!!! Says the great Carl, how much a combatant wants something governs how much it spends on that something and how long it keeps spending. Beijing can drive up the price tag for Taiwan’s independence by inflicting high costs on the American rescuers. It can drive down the value Americans place on the island.

Or it can do both.

The first stratagem is obvious: to raise the price China can credibly threaten to damage or sink U.S. Navy ships and shoot down aircraft attempting to succor the island. Beijing can try to dishearten Washington, convincing U.S. leaders the U.S. military stands little chance of defeating a rival great power in a fight far from seats of American power but only a few score miles from the great power’s shores. The second stratagem is to devalue Taiwan. Why, Chinese emissaries can ask sotto voce, would you Americans spend heavily on something you care little about?

The logic is insidious. In effect Beijing can challenge the White House to run extraordinary risks to save a mere 23 million Taiwanese, and to sacrifice the U.S.-China relationship in the bargain. That’s a tough challenge from a Clausewitzian cost/benefit standpoint. The returns appear minimal and uncertain while the costs appear dreadful.

I hereby demand that NWC start holding strategy seminars for our warrior spouses. These are promising allies. Let’s lock and load — and hunt some zombies!